After speaking to an attorney, Plaintiff initially filed a complaint with the Tennessee Human Rights Commission ('THRC'), which he signed on March 12, 2002.[1] In that complaint, Plaintiff alleged he was discharged and denied medical leave by Defendants for excessive absenteeism. Plaintiff also checked off that he was discriminated against on the basis of his race and national origin. In the space provided, Plaintiff specified his race as Arabic *628 and his national origin as Muslim. On May 2, 2003, the THRC reached a determination and dismissed the complaint. On May 29, 2003, the Equal Employment Opportunity Commission ('EEOC') sent Plaintiff a notice of dismissal and of his right to sue. In the above notice, the EEOC adopted the findings of the THRC. Plaintiff then filed a complaint with this Court on September 2, 2003.

The following facts are undisputed in this case: Defendant Swift is a truckload motor carrier primarily conducting its operations in the lower forty eight states and the southern provinces of Canada. On June 29, 2001, Swift acquired Defendant M.S. Carriers. M.S. Carriers continued operating as a separate entity until the companies merged on January 1, 2002. Upon the merger, the employees of M.S. Carriers became employees of Swift. 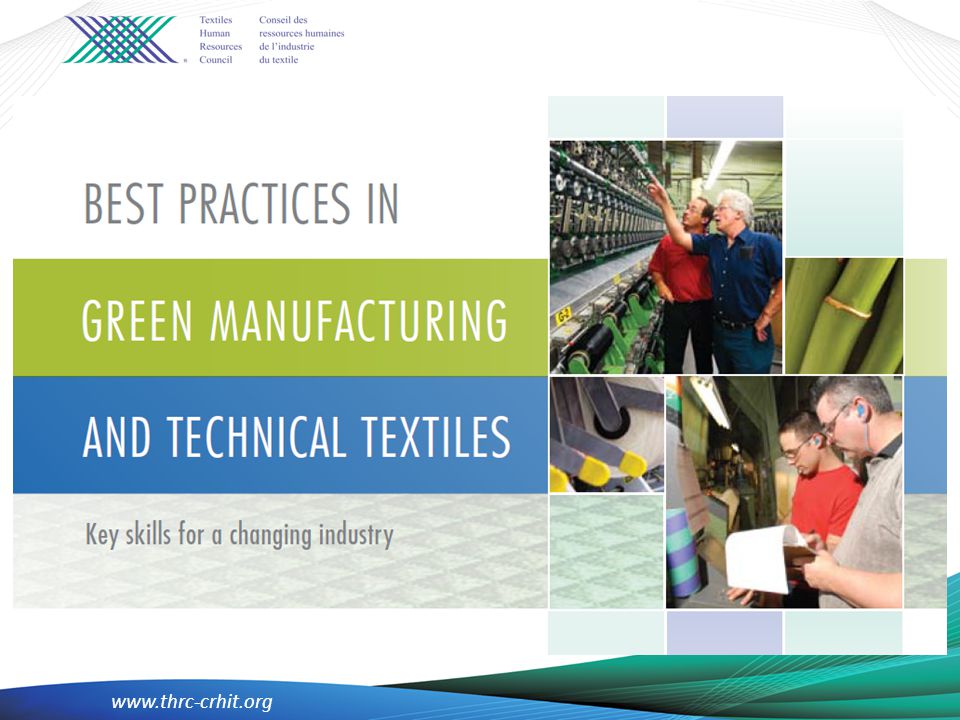 On November 11, 2001, Plaintiff was involved in an accident while driving the Defendants' truck in Montgomery, Alabama. Although the parties dispute when Plaintiff first called Defendants, it is undisputed that Plaintiff did not notify the Defendants' claims department of the accident until the day after the accident.[2] Defendants' safety department is staffed twenty-four hours per day, seven days a week.[3] Defendants maintained a policy whereby a driver's failure to report an accident, regardless of its severity, could result in immediate termination. On November 21, 2001, Defendants terminated Plaintiff's employment for failing to report the November 11, 2001, accident in violation of company policy.[4] At the time of his termination, Plaintiff had not been employed by Defendants for twelve months.

Plaintiff alleges that the Defendants discriminated against him by terminating his employment for no legitimate purpose. Plaintiff also alleges Defendants discriminated against him by not giving him as many miles to work as other non-Arabic drivers; compensating him a total of $150 for a period of seven days when his truck was broken down while paying non-Arabic truck drivers $100 per day when they encountered the same situation; acting hateful, as fellow employees made mean comments to him; taking sometimes two days to provide Plaintiff with goods for shipment;[5] providing bad references; and giving different reasons over a four month period as to why Plaintiff was fired.[6]

With respect to Plaintiff's discrimination claim, Plaintiff admitted in his deposition that he knew of no other non-Arabic, non-Iraqi, or non-Muslim over the road truck driver employed by Defendants who was not terminated for engaging in the same conduct that led to Plaintiff's termination. Plaintiff could not name any of the drivers that received more miles than himself and admitted in his deposition that some of the drivers who allegedly received more miles had been employed with Defendants for five to ten years.[8]

Plaintiff also testified in his deposition that it would sometimes take two days to get goods for shipment while he was in Laredo, Texas. There is no evidence in the record, however, showing whether other non-Arabic, non-Iraqi or non-Muslim drivers faced the same situation as Plaintiff.

Defendants move for summary judgment as to Plaintiff's claims brought under Title VII, the FMLA and Tennessee state law. The Court will consider Defendants' contentions in turn.

A federal court cannot have subject matter jurisdiction over a Title VII claim unless the claimant first unsuccessfully seeks administrative relief. Ang v. Procter and Gamble Co., 932 F.2d 540, 545 (6th Cir.1991). 'Courts have thus held that if the claimant did not first present a claim to the ... (EEOC), that claim may not be brought before the court.' Id. 'The judicial complaint must be limited `to the scope of the EEOC investigation reasonably expected to grow out of the charge of discrimination.' *631Id. (quoting EEOC v. Bailey Co., 563 F.2d 439, 446 (6th Cir.1977), cert. denied, 435 U.S. 915, 98 S. Ct. 1468, 55 L. Ed. 2d 506 (1978)). Under this rule, the Sixth Circuit has noted that 'where facts related with respect to the charged claim would prompt the EEOC to investigate a different, uncharged claim, the plaintiff is not precluded from bringing suit on that claim.' Davis v. Sodexho, Cumberland Coll. Cafeteria, 157 F.3d 460, 463 (6th Cir.1998). Many courts broadly construe the charged claim 'because most Title VII claimants are unschooled in the technicalities of the law and proceed without counsel.'[11]Ang, 932 F.2d at 546.

Throughout this analysis, the ultimate burden of proving the intent to discriminate, by a preponderance of the evidence, always remains with the plaintiff. Hicks, 509 U.S. at 511, 113 S. Ct. 2742.

Defendants contend that Plaintiff is unable to establish a prima facie case of race, national origin and/or religious discrimination. Defendants specifically contend that Plaintiff cannot produce evidence that establishes that he was treated differently from similarly situated employees outside of his protected class. The Sixth Circuit has noted that '[i]t is fundamental that to make a comparison of a discrimination plaintiff's treatment to that of non-minority employees, the plaintiff must show that the `comparables' are similarly-situated in all respects.' Mitchell v. Toledo Hosp., 964 F.2d 577, 583 (6th Cir.1992) (emphasis in original). Moreover, '[t]he plaintiff need not demonstrate an exact correlation with the employee receiving more favorable treatment in order for the two to be considered `similarly-situated;' rather... the plaintiff and the employee with whom the plaintiff seeks to compare himself or herself must be similar in `all of the relevant aspects.' Ercegovich v. Goodyear Tire & Rubber Co., 154 F.3d 344, 352 (6th Cir.1998) (emphasis in original) (citation omitted). In examining whether Plaintiff was treated differently than similarly situated employees outside of his protected class, 'courts should not demand exact correlation, but should instead seek relevant similarity.' Perry, 209 F.3d at 601.

In the case at bar, Plaintiff conceded in his deposition that he knew of no other non-Arabic, non-Iraqi or non-Muslim over the road truck driver employed by Defendants who was not terminated for engaging in the same conduct that led to Plaintiff's termination. Plaintiff also could not name any driver who received more miles than himself and admitted in his deposition that some of the drivers who allegedly received more miles had worked with the company for five to ten years. Finally, there is no evidence in the record showing that Plaintiff was treated less favorably than other non-Arabic, non-Iraqi or non-Muslim employees with respect to the amount of time it took for Plaintiff to get goods for shipment. Therefore, Plaintiff's claims that Defendants discriminated against him by terminating him for no legitimate purpose, not providing him as many miles to work as others outside his protected class and taking sometimes up to two days to provide him with goods for shipment must fail because Plaintiff cannot show that he was treated differently from other similarly situated employees.

Plaintiff has failed to produce any evidence to substantiate his other claims of discrimination. There is no evidence in the record supporting Plaintiff's allegation that other drivers were compensated more when their trucks broke down. Moreover, Plaintiff conceded in his deposition that he only felt that Defendants were giving him bad references and did not produce any evidence to support this allegation. Plaintiff also stated in his deposition that he only felt that some of Defendants' employees gave him different reasons as to why he was fired and that when he asked two employees why he was terminated and what happened, both employees responded that they did not know.

Although it does not appear to the Court that Plaintiff is alleging a harassment *633 claim against Defendants, the Court finds that Plaintiff has not produced evidence to support his claim that Defendants engaged in hateful conduct towards him. Although Plaintiff alleges some drivers made mean comments to him, Plaintiff, in his deposition, could not name any specific driver who made the comments, stated that neither management nor any supervisor made the comments and admitted that he did not report any hateful conduct to the Defendants.

Accordingly, the Court finds that Plaintiff has not produced evidence to establish a prima facie case of discrimination on the basis of race, national origin and religion. Even assuming, however, that Plaintiff was able to satisfy his burden of establishing a prima facie case, Plaintiff has not produced evidence to show that Defendants' articulated legitimate non-discriminatory reason for terminating Plaintiff was a pretext for intentional discrimination. Defendants' terminated Plaintiff for failing to report the November 11, 2001, accident in violation of company policy. Plaintiff points to no evidence in the record to show that Defendants' reason for terminating Plaintiff had no basis in fact, did not actually motivate the decision to terminate Plaintiff, or that the reason was insufficient to motivate the decision. Manzer, 29 F.3d at 1084. The Court therefore GRANTS Defendants' Motion for Summary Judgment as to the claims for race, national origin and religious discrimination.

Plaintiff alleges that he was terminated from his employment for exercising his rights under the FMLA. Defendant argues that Plaintiff is unable to assert a claim under the FMLA because Plaintiff was not employed by Defendants for a period of one year prior to his November 21, 2001, termination. Under certain circumstances, the FMLA entitles eligible employees to twelve weeks of unpaid leave during any twelve month period. 29 U.S.C. § 2612(a) (1). In order to be an 'eligible employee,' an employee must have been employed 'for at least 12 months by the employer with respect to whom leave is requested ... and ... for at least 1,250 hours of service with such employer during the previous 12-month period.' 29 U.S.C. § 2611(2) (A). The FMLA's eligibility requirements, however, are to be calculated from the date the leave commences, not the date of the employer's adverse action against the employee. See Butler v. Owens-Brockway Plastic Products, Inc., 199 F.3d 314, 316 (6th Cir.1999).

For the foregoing reasons, the Court GRANTS Defendants' Motion for Summary Judgment.

[1] In his complaint to the THRC, Plaintiff checked off that he received assistance with respect to the complaint. He specifically said that a person named 'Burkhalter' provided assistance. In his THRC complaint, Plaintiff states that Burkhalter told him to file a complaint with the THRC 'and Family Medical leave act also EEOC.'

[2] It appears from Plaintiff's deposition that Plaintiff testified that he called Defendants on the night of the accident and left a message.

[4] The Separation Notice Plaintiff received stated that Plaintiff was being terminated for violating company policy.

[5] Plaintiff specifically alleged in his complaint to the THRC that it 'would take some times 2 days sitting to get a load.'

[6] Plaintiff also stated in his THRC complaint that: 'Other drivers told me they did me wrong.'

[10] Plaintiff's deposition testimony was as follows:

Q. Then it says, right after that, 'For last 4 months giving different reasons why I was fired.' What does that mean?

A. I called M.S. Carriers, you know, I call them, one of them, you know, like when I speak to Mike Mike, whatever his name.

A. Yes, sir. You know, he told me something, then the paper say something else, you know.