Raúl Alejandro Escajadillo Peña (born September 29, 1969), known by his stage name, Aleks Syntek, is a Mexican singer and songwriter.[1] He is married to Karen Coronado, sister of talk show host Ingrid Coronado. He has earned nine nominations for the Latin Grammy Awards, a Grammy nomination, five nominations for the MTV Latin Awards, and is the winner of three Latin Billboard awards. He has also received an Ariel award from the Cinametografia Mexican Academy for Best Film Music.

As a performer and singer Syntek has released 10 albums receiving Gold and Platinum disc awards for high sales.[2] He has earned special awards such as 'The Honor Composer Achievement Award' presented by the Univision Network by the hands of actor Edward James Olmos and also 'The Music Legacy Award' presented by the North American Society of Composers SESAC. Syntek also starred and pioneered the hit show The Voice in México.

As a child, Syntek began his artistic career by acting in television commercials during the late 1970s, subsequently participating in the Pinwheel program produced by RTC, and then as a comedian in Alegrias de medio día (infantil) in 1979 which later led to the hit TV show 'Chiquilladas'[3] broadcast on Televisa in the first half of the decade of the 1980s. After leaving the program he decided to devote himself to the world of music and began working as an assistant and programmer in music recording studios. He was nicknamed 'Syntek' by his friends because of a peculiar event: Syntek at that time did not have enough money to buy a keyboard, so he would borrow them from friends; this situation led him to be known as 'El sin Teclados' (The Keyboard-less, in Spanish) after which he derived the name Syntek. After having participated with members of the group Caifanes to form the band 'Pistolas de Platino' and then joining 'Kenny y los Eléctricos' until 1989, he formed his own group called 'Aleks Syntek y la Gente Normal'.

Syntek is an international self-taught artist and is on the board of the 'Sociedad de Autores y Compositores de México'.[4]

Syntek has shared the stage with artists such as Celia Cruz, Juanes, Gloria Estefan, Enrique Iglesias, Duran Duran, Shakira, Kylie Minogue, Miguel Bose, Juan Gabriel, Gianmarco, Noel Schajris, Armando Manzanero, Juan Luis Guerra, Plácido Domingo y La Orquesta Filarmónica de las Américas with Alondra de la Parra, Ana Torroja, Ruben Blades, Jesse y Joy, David Bisbal, Luis Fonsi, Laura Pausini, Amaia Montero. His work focuses not only on Pop and Rock, but he has also composed instrumental music for films and shorts with excellent commercial results, in 1999 he was awarded the Prize of the Mexican Academy of cinematography 'Ariel' in the category 'Best Original Composition for Movies' for Sexo, Pudor y Lágrimas.[5] He has also worked for Disney Latino writing and singing his adaptation of the song composed by Randy Newman for Toy Story 3 which won the Oscar for 'Best Original Composition For Movies'. He performed the song 'Ricas Frutas' to Sesame Street worldwide through the label 'Putumayo'. In 2005 he collaborated the song 'Un héroe real' for the animated film Robots and is the Spanish voiceover for the main character 'Rodney Tin' and in Despicable Me for the character Vector aside Andrés Bustamante. Syntek composed the principal theme for 'Cantinflas' the movie, released internationally in September 2014 and was distributed by Pantelion (Lionsgate and Televisa).

Syntek is the first and only Latino to run a disc digital release exclusively on iTunes originals.[6]

In the second half of 2011 Syntek participated pioneering The Voice in Mexico: La Voz alongside Lucero Hogaza León, Espinoza Paz and Alejandro Sanz. The broadcast broke box office records in the history of Mexican television. In their participation Syntek performed duets with fellow program and guest artists such as Laura Pausini, David Bisbal, Amaia Montero and the duo Jesse & Joy. The winner of his team, Oscar Garrido, reached 3rd place in the competition.[7]

Syntek was invited by Miguel Bosé to participate in his album Papitwo, presenting the theme 'Duende'; as well as the singer Fey, who invited him to launch her album Primera Fila with the song 'El cielo puede esperar' written by Syntek. In 2012, Syntek launched his single 'La Tormenta', and shortly after he released his album Syntek + Syntek, which reintroduced Electronica and New Wave sounds, which had distinguished him at the beginning of his career. Meanwhile, the Spanish singer Malú invited him collaborate on her album, achieving Platinum Sales in Spain with the single 'Sólo el amor nos salvará', which was authored by Syntek and interpreted by both during the broadcast La voz in Spain. Syntek also participated as a driver of the National Geographic show Sorprendentemente aired in Latin America.[8]

In early 2014 he released the song 'Corazones Invencibles', the first single of his latest album Romántico Desliz and part of the soundtrack of the Mexican telenovela of Televisa (2013) Lo Que La Vida Me Robó starring Angelique Boyer, Sebastian Rulli, Luis Roberto Guzman, and Daniela Castro. The song has held the number one place in charts for several weeks in the nations radio. Romántico Desliz was placed as #1 album sells in iTunes.

TeletónUSA, the U.S. fundraising arm of the Teletón Foundation and focused on serving children with neuromusculosketal disabilities through comprehensive rehabilitation, inaugurated the first Children's Rehabilitation Institute of TeletónUSA (CRIT USA) in San Antonio, Texas, on October 30, 2014. Various media figures and network executives, including the President and CEO of Univision Communications Inc, attended the event. Aleks Syntek and Luis Coronel sang the U.S. National Anthem and TeletónUSA Anthem respectively during the ceremony. 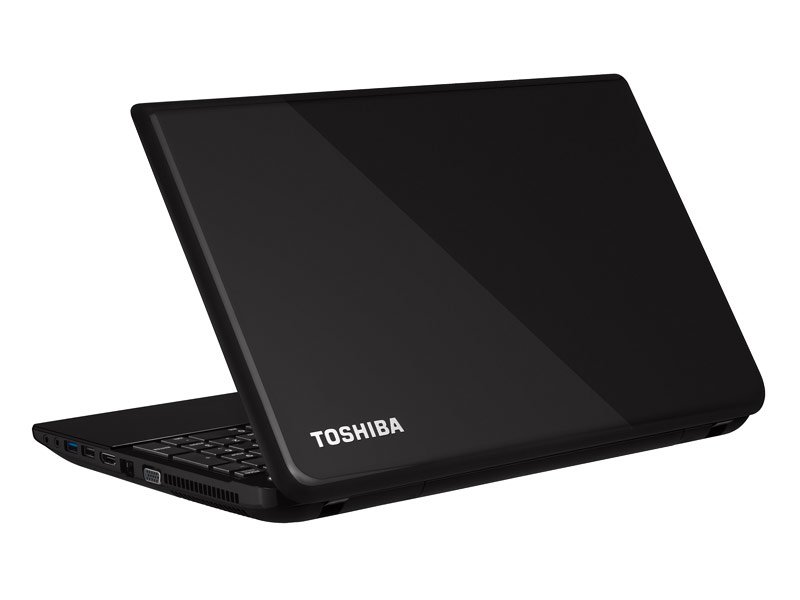 In an interview with Univision Syntek stated: 'I am very happy to be honest, I like the cause, the children are my thing and I have always said that. We have to choose a cause, and as always I chose all causes that have to do with children on the street, with diseases, or children that are handicapped.'[9]

Throughout 2017 and 2018, Syntek became the subject of controversy as a result of his strong criticisms of reggaeton music. He has called it a 'vulgar', 'misogynist', 'cheap' and 'generic' genre which promotes 'wrong values' in society,[10] and on one occasion he stated that listening to reggaeton could induce people into committing crimes.[11]

In early 2018, Lemon Brick, a British teenager, accused Syntek on his Instagram page of making unwelcome sexual advances towards him. After the accusation, Syntek wrote, “It was an in[n]ocent joke and I apologize.” The Mexican singer asked Brick to take the post down. “I have a family, 2 beautiful kids and a lovely wife, and you are putting us in danger,” he said..[12] Lemon replied by further posting on his Instagram videos showing the private messages he and Syntek exchanged..[13]

On July 2012, after working with EMI music for 22 years, he moved to Sony Music and released his first album internationally and in over 40 countries under the name of 'Syntek + Syntek' and later in 2014 released the album Romantico Desliz. 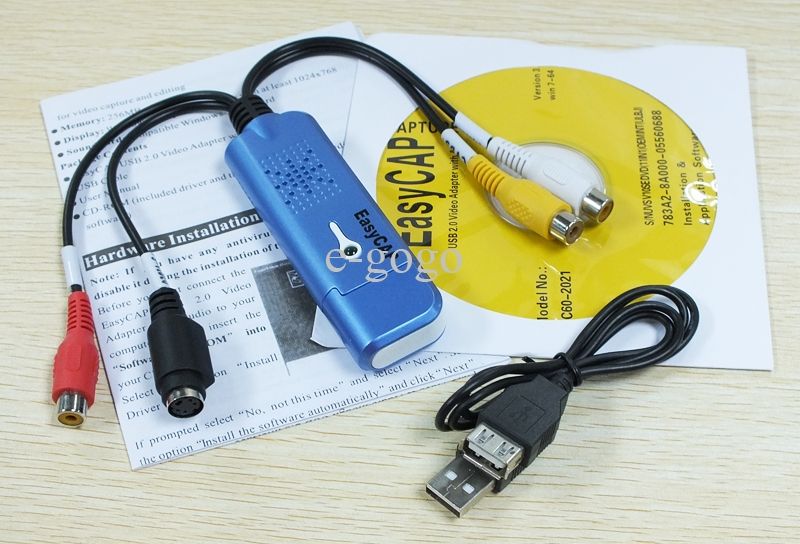 Syntek has dubbed characters in animated films, including Rodney Copperbottom in Robots and Vector in Despicable Me.[citation needed] 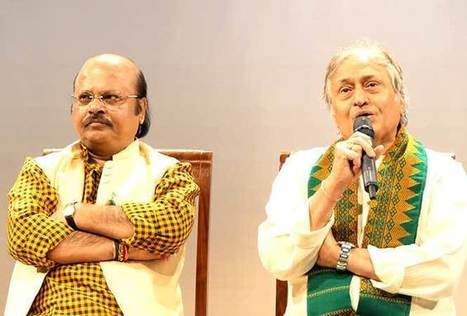 It’s true that great ideas can often have humble beginnings.

LivElite International (the parent company of the Syntek automotive product line) began when two friends were shooting the breeze.
In 2008, Curt Ence and Kirk Newman shared a car on their way to an appointment. Their discussion turned to how society has become chained to the roller coaster ups and downs of gas prices, and yet even the most expensive gas still produced emissions that harmed the environment. Curt and Kirk used an incredible fuel treatment in their own cars that had been used in industrial equipment for two decades, with impressive results. And an idea was born—why not bring this comprehensive fuel treatment to the public so that everyone could save money, protect their engines, and reduce emissions one car at a time?
Over 3 billion miles later, our flagship product, XFT, is still making engines run better all over the globe.
For our customers, XFT helps their engines run at peak performance—which means better gas mileage, more horsepower, and longer engine life. For everyone else, XFT helps reduce emissions—which means cleaner air for everything that calls our planet home.