The WowWee Real Driver is a capable remote control car that will provide hours of run with its 'Drifting Action' and comes recommended if you are looking for a fairly basic car that will keep the kids happy.

Standing out from the crowd with a metallic red finish, complete with black bonnet and spoiler, the Real Driver is an attractive looking car, even though its build quality doesn't point to a device that could withstand heavy damage. Unfortunately the Real Driver is very basic, with no flashing lights, or opening doors, nor any signs of a visible interior. Despite this, the Real Driver does win points for looks and design, with its sleek body-kit and air intakes complementing the unit well. What we didn't like about the design was the metallic chrome windows - they are easily scratched and make the car look cheap.

The Real Driver utilizes a unique control system, complete with a paddle shift gear changing system. At first glance, the controller looked like something you would use to fly a plane, rather than drive a car. However once we used the Real Driver, we really warmed to the control system, which was easy to use and fairly responsive. The controller contains a slideable handle on its left which is used to steer the car, while there are controls for shifting gears up and down as well as a reverse button. Behind the controller are two buttons, one for acceleration and one for braking, which worked well. Basically, you pull the handle down to turn left and push it up to turn right, which makes it easy to drift (sliding at high speed through corners). It does take some time to master, but once you get the hang of it, it will provide hours of fun. We didn't like the reverse key though (you have to hold down the Reverse button and then use the accelerator to reverse the car) and would have much preferred holding down the brake key to reverse the Real Driver.

The WowWee Real Driver is a capable remote control car that will provide hours of run with its 'Drifting Action' and comes recommended if you are looking for a fairly basic car that will keep the kids happy.

The Real Driver has three gears and these are signified by three red LED lights in the middle of the controller. When you accelerate, the controller will beep and the first red LED will glow. As you build up speed, another beep will be heard and the second LED will go, and the same process will be repeated for the third. Each time you hear the beep you simply press the Gear Up button and the Real Driver will change gears, which increases its top speed. In third gear, the car is capable of speeds up to 40 KM/H, which is highly impressive.

The Real Driver dealt with rough surfaces very well, although it didn't take too kindly to bumps and bruises, with the front foam piece protecting the bumper splitting within minutes of first use. Still, that's what the foam is there for and the rest of the car, despite normal usage scratches, held up well. The Real Driver didn't really like any sort of uphill surfaces, even slight ones, and took extra long to accelerate off the mark. 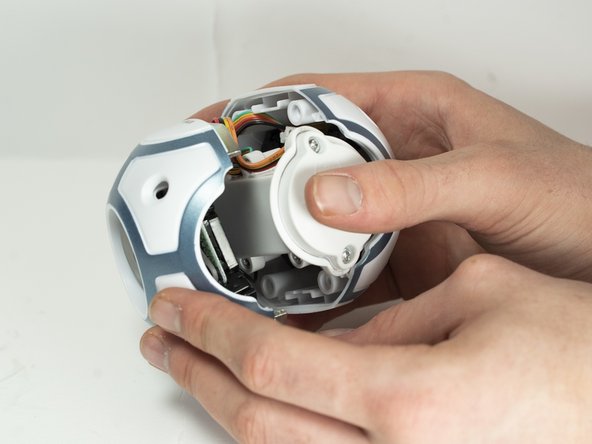