The following features and improvements have been added for this release:

Fixed a bug in the i1Pro SDK that caused slightly false measurement errors when calculating M1 (D50) & M2 (UVCut) spectral values. It is important to note that this issue did not affect M0 (tungsten only) measurements.

i1Profiler has been updated to support a new revision level of the i1Display Pro hardware and firmware.

In addition, some incremental enhancements to the infrastructure of the product as well as the color engine have been implemented.

Administrative rights are required to install and uninstall the software.

Do not connect measurement devices until the software installation is complete and the system has restarted.

The i1Display or the i1Pro 2 must be connected in order to register your i1Profiler solution.

All Operating Systems should have the latest updates installed

User must have Administrator rights to install and uninstall the application

User must have Administrator rights to install and uninstall the application The version of XRD being installed by i1Profiler causes an issue in ColorPort where targets containing partial rows cannot be read using the iO table. The instrument will measure the row, but the data does not come into ColorPort. This affects ColorPort 2.0 and later.

Profiling and optimizing profiles with very large patch sets (>3000) will require a very large amount of RAM. If profiling fails, reduce the amount of patches in the test chart.

Monitor calibration does not work when multiple monitors are in mirror mode (this issue affects Windows® installations only.) Special Note: On Windows XP, if a display is removed from a system, the operating system will put the primary display in mirror mode even though the secondary display has been removed. In this case, the user will get an enumeration error. This error can be dismissed and the user will still be able to make a profile.

If you have problems loading the display profile after it has been created or if the system cannot load the display LUTs, turn off Automatic Display Control (ADC) on the measurement page and try again.

i1Profiler uses OpenGL to display the profile’s 3D gamut. If you encounter a problem with the gamut preview, make sure that your video card drivers are up to date. 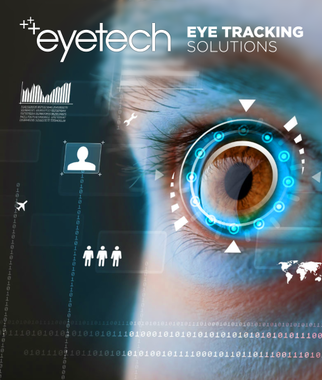 i1Profiler can import CGATS measurement files from other applications. However, the color engine has been optimized to work with the patch sets generated within i1Profiler. The profile quality from profiles made entirely within the i1Profiler workflow will exceed profiles made from legacy charts and measurements. In the case of CMYK+N profiles, some legacy patch sets may not even build a profile successfully. It is strongly recommended that users build new charts within i1Profiler for CMYK+N profiling.

If you are using Ambient Smart Light Control when making your display profile, expect to get higher Delta E values in Display QA. This function optimizes profiles for visual appearance based on measured ambient conditions not for minimal Delta E.

The application may lose its connection to a measurement device if the computer goes into sleep or hibernation mode. If this happens, disconnect and reconnect the device to restore the connection.

If you encounter any problems connecting to your measurement device, please disconnect and reconnect the device to restore the connection.

Make sure your i1iSis power button is on when you connect the USB cable. If you connect with the button off, then turn the power on, the i1iSis will not be seen.

The i1iO device does not support single row charts.

The following features and improvements were added for the 1.5.0 release:

Dual Spot Measurement for i1iO - Added the ability to perform dual mode measurements with the i1Pro2 in a supported iO table. This is spot mode only.

Display and Projector - Better support for Plasma Displays with the i1Display Pro – Fixed issue in previous releases where plasma displays yielded poor calibration results when measured with an i1Display Pro.

Patch Generation -Fixed an issue where there was a slight discrepancy in the CMYK device values between the CGATS and TIFF files created for a given patch set.

Tray Application -After installation and restart, the Tray application will no longer launch automatically. The Tray is only activated if a user selects the Profile Reminder and/or the Ambient Monitoring feature found in the Display Profiling branch.

Tray Application -Fixed the issue where the Tray application was preventing the MacOS from shutting down.

General Application -In addition, some incremental enhancements to the infrastructure of the product as well as the color engine have been implemented.

The following features and improvements were added for the 1.4.2 release:

The following features and improvements were added for the 1.4.0 release:

Note: The 1.4.0 release was distributed on a limited basis to OEM customers. It was not put into wide release.

Fixed memory issue where application would fail or crash when trying to measure very large (greater than 3000 patches) test charts.

Changed System requirements from 1GB of RAM to 2GB RAM.

The following features and improvements were added for the 1.3.2 release:

Fixed issue where i1Profiler would hang during display calibration (Windows 7 64-bit only).

The following features and improvements were added for the 1.3.1 release:

Fixed issue where i1Profiler assets were not being installed correctly.

Added the Russian translation of the license agreement to the installer.

The following features and improvements were added for the 1.3.0 release:

The i1Pro 2 supports three measurement conditions; M0, M1 and M2. The user must be in dual scan mode to get access to all three.

The i1Pro 2 device was added to the OBC workflow.

The i1Pro 2 can be used in legacy mode to measure charts previously created for the i1Pro.

Can now use the included ColorChecker chart as OBC reference standard.

Added the Measure Chart capability. User can specify measurement device and number of rows and columns for a previously printed test chart and measure.

Fixed CMYK+N issue where +N color names and values were not getting written into the DCS file for saved test charts.

Changed default page orientation to landscape for both i1Pro and i1Pro 2.

The following features and improvements were added in the 1.2.0 release:

Added the ability to balance RGB controls during display calibration.

Improved ADC’s functionality and connectivity for all platforms.

Added the reporting of target and measured values for luminance, white point and contrast ratio during display profiling.

Fixed issue where profiling and QA of second display was producing inaccurate results (Mac only).

Added support for the Japan Color standard in Printer QA.

Fixed issue where profile could not be made if the black ink on the test chart was too chromatic.

The following features and improvements were added in the 1.1.1release:

Added the ability to do small (119), medium (220) and large (478) patch sets when doing advanced display calibration.

Added the ability to specify a target contrast ratio for the display to match the ICC standard PCS black point (287:1).

The following features and improvements were added in the 1.1.0 release:

Support for the i1Display monitor calibrator.

Flare Correct provides the capability to measure and correct for incident light falling on the display.

Display QA has been improved allowing users to test their display against known standards, spot colors and images.

Display Trending tracks the color capability of each display over time.

Improved data handling for MO and M2 measurements as well as improved handling of CGATS file made within and from outside i1Profiler.

The i1ProfilerTray application monitors all displays on a system, provides profile reminders and can rebuild the display profile in real time based on changing ambient light conditions (i1Display only.)

All Open Source and 3rd Party License agreements and credits are located in the following locations:

This tiny driver utility quickly searches your system for connected hardware. It identifies many different connected devices and also includes hardware which has been marked as 'Unknown' in the device manager.

It gives you a little bit more information about a certain device so that you can find the proper drivers required to get it up and going in Windows.

Unfortunately when we tested an older scanner we thought was heading to the dustbin, it was configured that our old scanner would probably never work any newer version of Windows.

In short, this is a small tool which may help you figure out whether there are drivers available for your potentially outdated device.

This download is licensed as freeware for the Windows (32-bit and 64-bit) operating system on a laptop or desktop PC from drivers without restrictions. Unknown Device Identifier 9.01 is available to all software users as a free download for Windows.